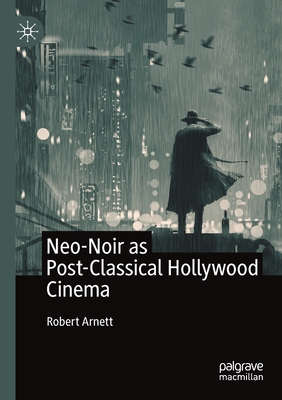 Neo-Noir as Post-Classical Hollywood Cinema suggests the terms "noir" and "neo-noir" have been rendered almost meaningless by overuse. The book seeks to re-establish a purpose for neo-noir films and re-consider the organization of 60 years of neo-noir films. Using the notion of post-classical, the book establishes how neo-noir breaks into many movements, some based on time and others based on thematic similarities. The combined movements then form a mosaic of neo-noir. The time-based movements examine Transitional Noir (1960s-early 1970s), Hollywood Renaissance Noir in the 1970s, Eighties Noir, Nineties Noir, and Digital Noir of the 2000s. The thematic movements explore Nostalgia Noir, Hybrid Noir, and Remake and Homage Noir. Academics as well as film buffs will find this book appealing as it deconstructs popular films and places them within new contexts.

Robert P. Arnett is an Associate Professor in the Communication and Theatre Arts Department at Old Dominion University, USA. His essays can be found in Film Criticism, The Philosophy of Michael Mann, Quarterly Review of Film and Video, and Journal of Popular Film and Television.

This feature require that you enable JavaScript in your browser.
END_OF_DOCUMENT_TOKEN_TO_BE_REPLACED

END_OF_DOCUMENT_TOKEN_TO_BE_REPLACED

This feature require that you enable JavaScript in your browser.
END_OF_DOCUMENT_TOKEN_TO_BE_REPLACED