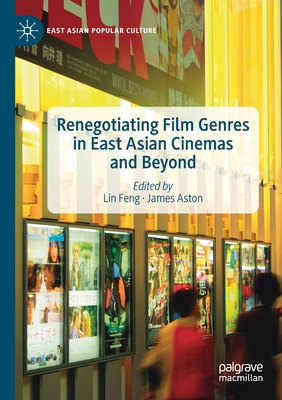 This book brings together nine original chapters to examine genre agency in East Asian cinema within the transnational context. It addresses several urgent and pertinent issues such as the distribution and exhibition practices of East Asian genre films, intra-regional creative flow of screen culture, and genre's creative response to censorship. The volume expands the scholarly discussion of the rich heritage and fast-changing landscape of filmmaking in East Asian cinemas. Confronting the complex interaction between genres, filmic narrative and aesthetics, film history and politics, and cross-cultural translation, this book not only reevaluates genre's role in film production, distribution, and consumption, but also tackles several under-explored areas in film studies and transnational cinema, such as the history of East Asian commercial cinema, the East Asian film industry, and cross-media and cross-market film dissemination.

Lin Feng is the Director of Studies of History of Art and Film at the University of Leicester, UK. Her research primarily focuses on Chinese and transnational cinemas, cinematic cities, star studies, and the representation and reception of East Asia in Anglophone cinemas. James Aston is a Senior Lecturer in Film Studies at the University of Hull, UK. His research primarily focuses on contemporary global horror and East Asian cinemas. He is the author of Hardcore Horror in the 21st Century: Production, Marketing and Consumption (2018).

This feature require that you enable JavaScript in your browser.
END_OF_DOCUMENT_TOKEN_TO_BE_REPLACED

END_OF_DOCUMENT_TOKEN_TO_BE_REPLACED

This feature require that you enable JavaScript in your browser.
END_OF_DOCUMENT_TOKEN_TO_BE_REPLACED