Romance and Power in the Hollywood Eastern (Hardcover) 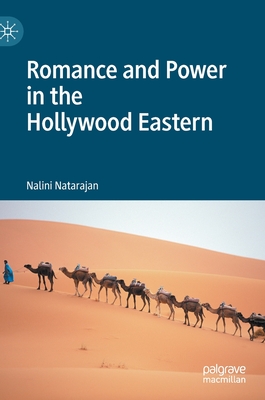 This book develops the idea of the Eastern as an analytically significant genre of film. Positioned in counterpoint to the Western, the famed cowboy genre of the American frontier, the "Eastern" encompasses films that depict the eastern and southern frontiers of Euro-American expansion. Examining six films in particular--Gunga Din (1939), Lawrence of Arabia (1962), Heat and Dust (1983), A Passage to India (1984), Indochine (1992), and The English Patient (1996)--the author explores the duality of the Eastern as both aggressive and seductive, depicting conquest and romance at the same time. In juxtaposing these two elements, the book seeks to reveal the double process by which the "Eastern" both diminishes the East and Global South and reinforces ignorance about these regions' histories and complexity, thereby setting the stage for ever-escalating political aggression.

Nalini Natarajan is Professor of English at the University of Puerto Rico, Rio Piedras, Puerto Rico. She is the author of six books, including The Atlantic Gandhi: The Mahatma Overseas (2012) and The Unsafe Sex: The Female Binary and Public Violence against Women (2016).

This feature require that you enable JavaScript in your browser.
END_OF_DOCUMENT_TOKEN_TO_BE_REPLACED

END_OF_DOCUMENT_TOKEN_TO_BE_REPLACED

This feature require that you enable JavaScript in your browser.
END_OF_DOCUMENT_TOKEN_TO_BE_REPLACED