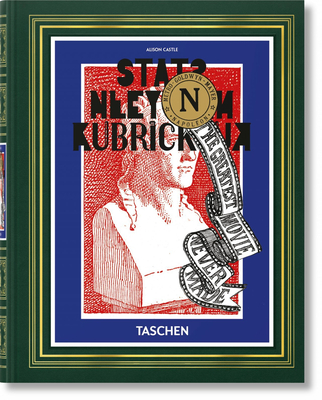 During the post-production of 2001: A Space Odyssey, Stanley Kubrick began working on his next project, a biopic on Napoleon Bonaparte. The dramatic rise and fall of the French emperor made for a great story, but it was his mind that most interested Kubrick, who couldn't grasp how a brilliant tactician could fall victim to his own irrational temptations--and with devastating consequences.

While working on the script, Kubrick read every book about Napoleon that he could obtain, consulted with history experts, and amassed a database of research material that was by any standards excessive, including over 30,000 illustrations and location-scouting photos. Costumes were researched and designed, including paper military uniforms (to keep costs down). But as production neared, first M.G.M. and then United Artists got cold feet; historical epics were too risky at the time. Surely they regret it now, but cost of production was, in their opinion, not worth the risk.

Kubrick's interest in Napoleon continued throughout the rest of his life, but the budget required to do the film the way he wanted was never realistic. Had he lived until the thousands of soldiers and horses he envisioned in the epic battle scenes could be convincingly rendered by computer, perhaps he would have made Napoleon. Perhaps it would have been his greatest achievement.

TASCHEN's 2009 Limited Edition featured ten books--Script, Reference, Notes, Correspondence, Chronology, Production, Text, Costumes, Location Scouting, and Picture File--inside of a carved-out book. This new volume brings all original elements together in one compact volume, including a facsimile of Kubrick's complete screenplay. In over 800 profusely illustrated pages, this collection of goodies contains all the clues to Kubrick's methods, ideas, motivations, questions, intentions, and obsessions--everything you could ever want to know about the project and more.

This feature require that you enable JavaScript in your browser.
END_OF_DOCUMENT_TOKEN_TO_BE_REPLACED

END_OF_DOCUMENT_TOKEN_TO_BE_REPLACED

This feature require that you enable JavaScript in your browser.
END_OF_DOCUMENT_TOKEN_TO_BE_REPLACED