Muerte - Death, It's What I Do: Large Print Edition (Large Print / Paperback) 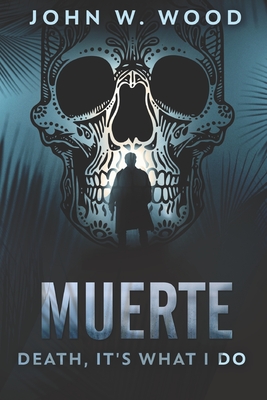 Within the shadows of the US Government, a decision has been made to declare war on the drug trade. Only a few know about this no holds-barred-war.

Colonel Ethan Wade, USMC, has been assigned to place a mole within the Mexican Cartel. Colonel Wade calls upon a man from within his Black Ops team, Ricardo 'Rico' Garcia, also known by his Marine handle, 'Muerte.' Rico is known within black ops as a Speed-Killer, and is given free rein to do whatever needs to be done to destroy the drug trade.

Rico's cover is layers deep, and neither the DEA, FBI, nor Homeland Security know anything of his primary mission. But when someone from his past gets stirred into the mix, someone who knows who Rico is and where he comes from, things get complicated. Recruited by the cartel to spy on Rico, the two end up on a one-way ride into the desert - a ride of which results will wreak havoc across the United States and redefine the balance of power in the country.

'There are some people who think you have to hate them in order to shoot them. I don't think you do. It's just business.' - Marine Gen. Jim 'Mad Dog' Mattis

NOTE: This is the large print edition of Muerte, with a larger font / typeface for easier reading.

This feature require that you enable JavaScript in your browser.
END_OF_DOCUMENT_TOKEN_TO_BE_REPLACED

END_OF_DOCUMENT_TOKEN_TO_BE_REPLACED

This feature require that you enable JavaScript in your browser.
END_OF_DOCUMENT_TOKEN_TO_BE_REPLACED