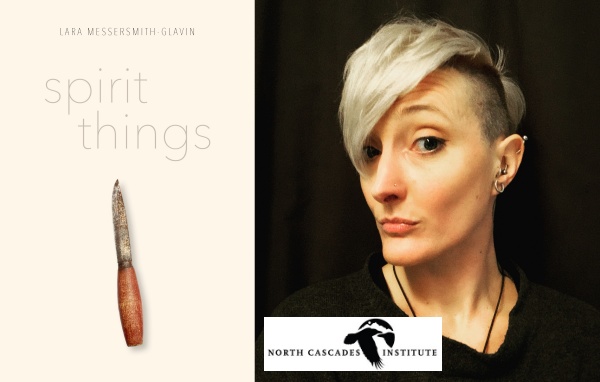 Join us in the Readings Gallery to hear from this collection of essays exploring the secret histories, science, and mythology of objects on a fishing boat in Alaska.  It's another great event in our Nature of Writing series, a partnership between Village Books and the North Cascades Institute! 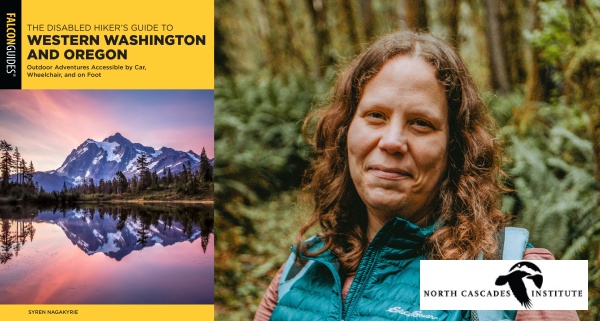 It's another great event in our Nature of Writing series, a partnership between Village Books and the North Cascades Institute. 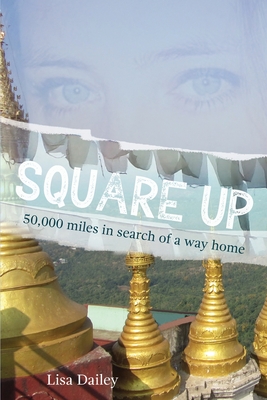 Sunday, October 9, 2pm   Note: Author Lisa Dailey will join us for this discussion!

Have you ever wished you could run away and leave your life behind? Born on the "Day of the Wanderer," Lisa Dailey has always been filled with wanderlust. Although she and her husband had planned to take their family on a 'round-the-world adventure, she didn't expect their plans to come together on the heels of grief, after losing seven family members in five years. Square Up shows us that travel not only helps us understand and appreciate other cultures, but invites us to find compassion and wisdom, heal from our losses, and discover our capacity for forgiveness, as well as joy.

Lisa Dailey is an avid traveler and writer. In her time abroad, she unearthed new ways of looking at her life through her discoveries in remote corners of the world and she continues to enrich her life through travel. She is currently working on a recipe anthology as well as her first work of fiction. A native Montanan, Lisa now makes her home by the ocean in Bellingham, Washington, but returns to her roots every summer for a healthy dose of mountains and Big Sky. Lisa is the owner of Silent Sidekick and Sidekick Press where she helps guide authors through their publishing journey. 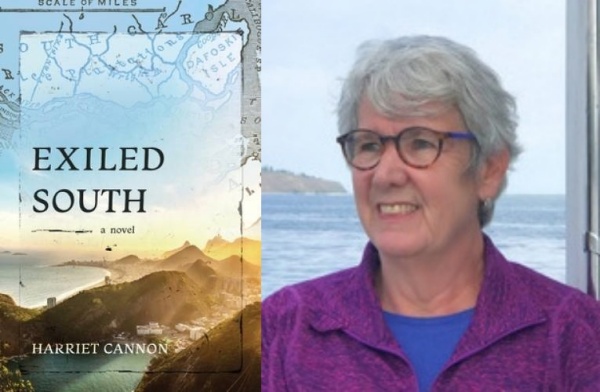 Don't miss this event for a debut novel that "...rips the cover off traditional Southern sagas and takes you on a riveting international journey across a century..." (McCallie Cooper, Author of Dragonfly Dreams and Grace in China)

We are still operating at a limited capacity so we recommend pre-registering on Eventbrite. 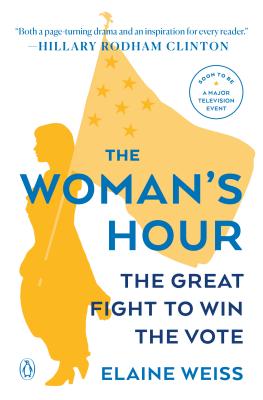 Nashville, August 1920. Thirty-five states have ratified the Nineteenth Amendment, twelve have rejected or refused to vote, and one last state is needed. It all comes down to Tennessee, the moment of truth for the suffragists, after a seven-decade crusade. The opposing forces include politicians with careers at stake, liquor companies, railroad magnates, and a lot of racists who don't want black women voting. And then there are the "Antis"--women who oppose their own enfranchisement, fearing suffrage will bring about the moral collapse of the nation. They all converge in a boiling hot summer for a vicious face-off replete with dirty tricks, betrayals and bribes, bigotry, Jack Daniel's, and the Bible.

Following a handful of remarkable women who led their respective forces into battle, along with appearances by Woodrow Wilson, Warren Harding, Frederick Douglass, and Eleanor Roosevelt, The Woman's Hour is an inspiring story of activists winning their own freedom in one of the last campaigns forged in the shadow of the Civil War, and the beginning of the great twentieth-century battles for civil rights.

Elaine Weiss is an award-winning journalist and writer whose work has appeared in The Atlantic, Harper's, The New York Times, and The Christian Science Monitor, as well as in reports and documentaries for National Public Radio and Voice of America. A MacDowell Colony Fellow and Pushcart Prize Editor's Choice honoree, she is also the author of Fruits of Victory: The Woman's Land Army in the Great War. 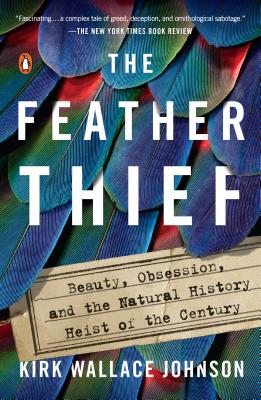 The Feather Thief: Beauty, Obsession, and the Natural History Heist of the Century by Kirk Wallace Johnson

From the author of The Fishermen and the Dragon, a rollicking true-crime adventure and a captivating journey into an underground world of fanatical fly-tiers and plume peddlers, for readers of The Stranger in the Woods, The Lost City of Z, and The Orchid Thief.

On a cool June evening in 2009, after performing a concert at London's Royal Academy of Music, twenty-year-old American flautist Edwin Rist boarded a train for a suburban outpost of the British Museum of Natural History. Home to one of the largest ornithological collections in the world, the Tring museum was full of rare bird specimens whose gorgeous feathers were worth staggering amounts of money to the men who shared Edwin's obsession: the Victorian art of salmon fly-tying. Once inside the museum, the champion fly-tier grabbed hundreds of bird skins—some collected 150 years earlier by a contemporary of Darwin's, Alfred Russel Wallace, who'd risked everything to gather them—and escaped into the darkness.

Two years later, Kirk Wallace Johnson was waist high in a river in northern New Mexico when his fly-fishing guide told him about the heist. He was soon consumed by the strange case of the feather thief. What would possess a person to steal dead birds? Had Edwin paid the price for his crime? What became of the missing skins? In his search for answers, Johnson was catapulted into a years-long, worldwide investigation. The gripping story of a bizarre and shocking crime, and one man's relentless pursuit of justice, The Feather Thief is also a fascinating exploration of obsession, and man's destructive instinct to harvest the beauty of nature.

Kirk W. Johnson is the author of The Fishermen and the Dragon and To Be a Friend Is Fatal, and the founder of the List Project to Resettle Iraqi Allies, which he started after serving with USAID in Fallujah. His writing has appeared in The New Yorker and The New York Times, and on This American Life, among others. 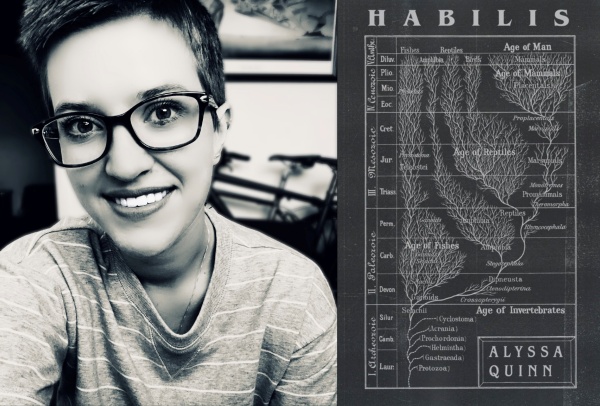 Join us in the Readings Gallery for a presentation by WWU alum Alyssa Quinn!

We are still operating at a limited capacity for our in-person events so we recommend pre-registering on Eventbrite to reserve your seat. 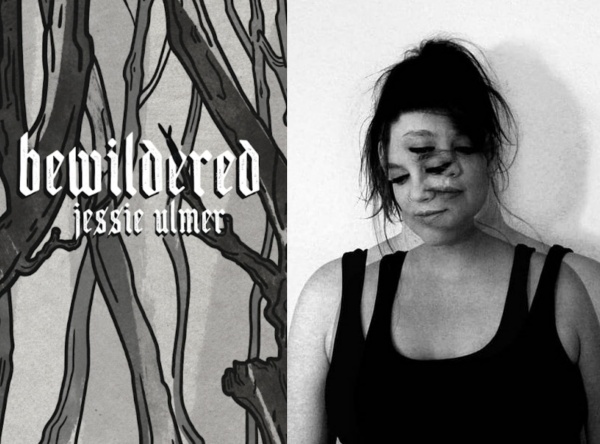 Do you love fairy tale retellings? We sure do! Don't miss this event by a talented local author!

We are still hosting our in-person events at a limited capacity so we recommend pre-registering on Eventbrite to reserve your seat. 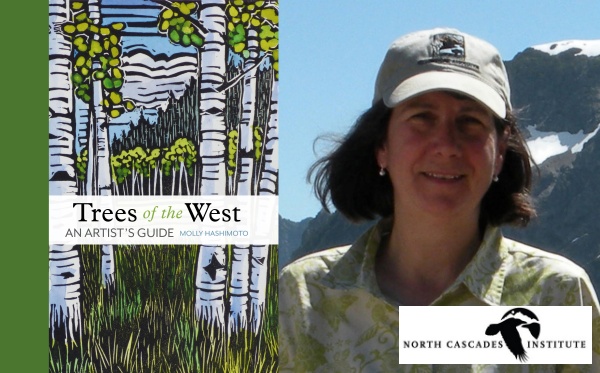 Molly Hashimoto is back with another gorgeous book and we're thrilled to welcome her as part of our Nature of Writing series, a partnership between Village Books and the North Cascades Institute! 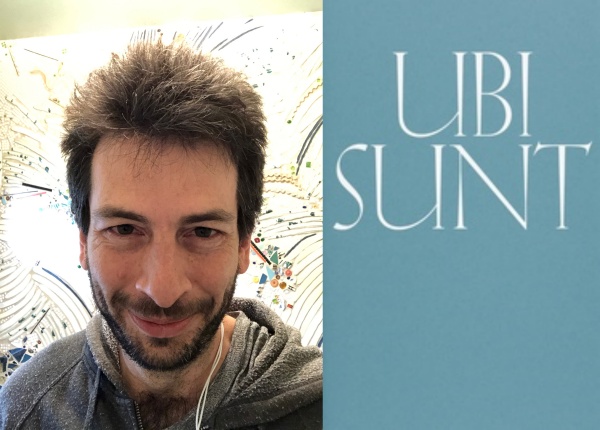 Join us in the Readings Gallery for a presentation of a book unlike any other. This is an event not to be missed.

We are still hosting our in-person events at a limited capacity so we recommend pre-registering on Eventbrite to reserve your seat.