SOLD OUT! Chuckanut Radio Hour with Bill McKibben, 'Oil and Honey: The Education of an Unlikely Activist', and musical guest Dana Lyons 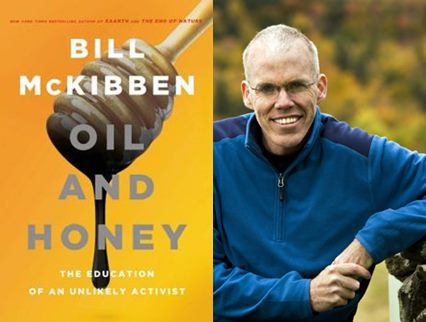 THIS EVENT IS SOLD OUT! Bill McKibben will be speaking at Western Washington University's PAC Mainstage as part of Western Reads on Sat., May 17 at 3pm. Tickets are available through the Western box office online, or by calling (360) 650-6146.

This month's special guest is Bill McKibben, author of a dozen books about the environment, beginning with The End of Nature in 1989, regarded as the first book for a general audience on climate change, and most recently, Oil and Honey, as well as a memoir, Wandering Home. He is a founder of the grassroots climate campaign 350.org, which has coordinated 15,000 rallies in 189 countries since 2009. Time Magazine called him "the planet's best green journalist," and the Boston Globe said in 2010 that he was "probably the country's most important environmentalist." Tonight's musical guest is local singer-songwriter Dana Lyons.

Tickets for the Chuckanut Radio Hour are $5 and are available at Village Books and at BrownPaperTickets.com. Doors open at 6:30pm, and you must be seated by 6:45pm as the show begins promptly at 7pm. Tonight's show will be at the Heiner Theater, after all. Co-sponsored by Whatcom Community College Foundation, 12th Street Shoes, and Westside Pizza.

Deep Economy: The Wealth of Communities and the Durable Future (Paperback)

Eaarth: Making a Life on a Tough New Planet (Paperback)