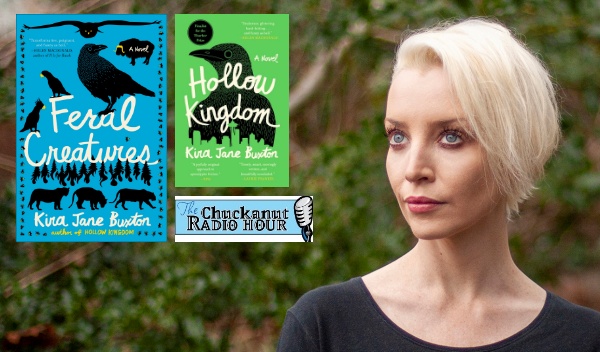 Join us in the Crystal ballroom of the Hotel Leo for another great Chuckanut Radio Hour and this time we're welcoming bestselling author Kira Jane Buxton!

ONLINE TICKET SALES HAVE ENDED BUT THERE WILL BE SEATS AVAILABLE AT THE DOOR!

Kira Jane Buxton’s debut novel, Hollow Kingdom, introduced the world to S.T., a foulmouthed, Cheeto®-loving crowtagonist on a quest to save humankind from extinction. A finalist for the 2020 Thurber Prize for American Humor, the book received critical acclaim and burrowed into the hearts of countless readers. With Feral Creatures, Kira Jane Buxton continues S.T.’s story with another bighearted, death-defying adventure that will take our hero from the wilds of Alaska and across the Bering Sea on the backs of orcas, returning to S.T.’s beloved homeland of Seattle where an epic battle between the animal kingdom and a new mutant threat will be waged. But there’s more at stake than ever, as S.T. must protect Dee, the last human on Earth, whom he’s raised since birth with a coterie of owls, a protective bald eagle and an oafish muskox. With her trademark blend of satirical humor, fantasy and horror, Buxton explores how despite climate change and an increasingly complex society, we can still hold out hope for the future… even if it’s on the (broken) wing of an opinionated crow.

"Readers who fell in love with Hollow Kingdom will not be disappointed by book two . . . S.T.’s struggles [are] both humorous and heart-wrenching in this powerful follow-up."—Buzzfeed

"Buxton continues her genre-melding tale with sizzling wit and a deep knowledge of pop culture."—Seattle Times

Kira Jane Buxton’s debut novel, Hollow Kingdom, was a finalist for the Audie Awards, the Washington State Book Awards and the Thurber Prize for American Humor. It was named a best book of the year by NPR, Book Riot and Good Housekeeping. She spends her time with three cats, a dog, two crows, a charm of hummingbirds, five Steller’s jays, two dark-eyed juncos, two squirrels and a husband. 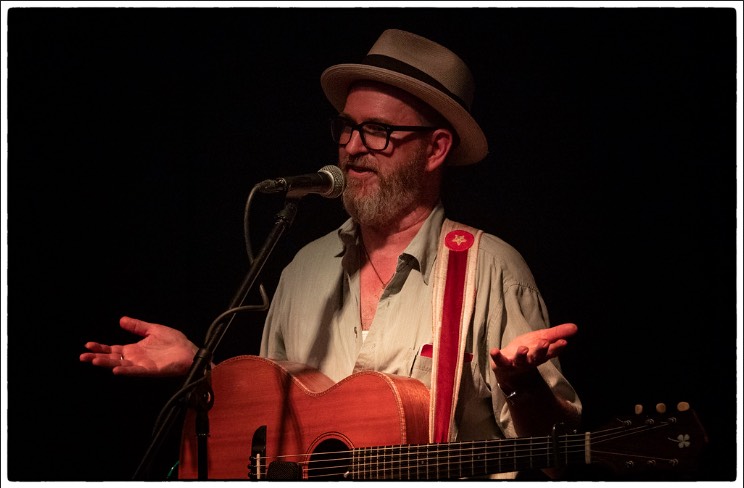 Louis Ledford's songs are three-and-one-half minute stories that detail seemingly real characters who rise and fall to the melody and rhythm of a piedmont style finger picked guitar. You will hear echoes of Willie Nelson and Guy Clark in his voice. His arrangements invoke c&w, tin pan alley, beatles and the blues.