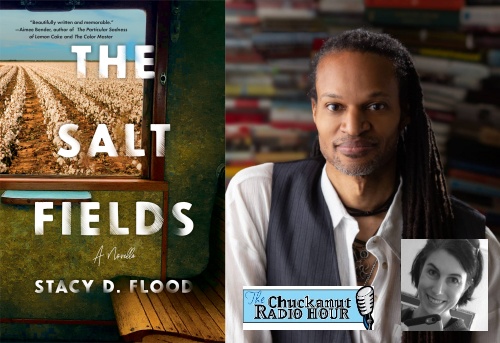 Join us at the Firehouse Arts and Events Center for an evening of music, poetry, comedy, and most importantly, an interview with Stacy D. Flood about his novella, The Salt Fields. He will be interviewed by local author, Julie Trimingham and our musical guest will be Cape Flattery!

On the day that Minister Peters boards a train from South Carolina heading north, he has nothing left but ghosts: the ghost of his murdered wife, the ghost of his drowned daughter, the ghosts of his father and his grandmother and the people who disappeared from his town without trace or explanation. But he’s not the only African American headed north after the Second World War. In the cramped car, Minister finds himself in close quarters with three passengers also joining the exodus from the South—people seeking a new life, whose motives, declared or otherwise, will change Minister's life with devastating consequences.
The Salt Fields is a debut work of prose from Seattle-area playwright Stacy D. Flood, a stark and poignant Southern Gothic novella that will leave readers thinking long after the final page.

Originally from Buffalo, and currently living in Seattle, Stacy D. Flood’s work has been published nationally, and performed on stages nationwide as well as in the Puget Sound Area. He has been an artist-in-residence at DISQUIET in Lisbon, as well as The Millay Colony in New York, and he is the recipient of a Getty Fellowship to the Community of Writers. Published in 2021 by Lanternfish Press, The Salt Fields is his first novella.

Julie Trimingham is a mother, writer, and activist for the Salish Sea. She is the author of the novella Mockingbird, the fictional travelogue Way Elsewhere, and essays for the online magazine Numéro Cinq.

*Online registration closes one hour prior to the event. Spaces may be available at the door.

The Chuckanut Radio Hour, a recipient of Bellingham's prestigious Mayor's Arts Award, is a radio variety show that began in January 2007. Each Chuckanut Radio Hour includes guest authors, musicians, performance poet Kevin Murphy, and episodes of "As the Ham Turns" serial radio comedy performed by the Chuckanut Radio Players Les Campbell, Tonja Meyers, Lisa Colburn, Dee Robinson, and Robert Muzzy. Not to mention groaner jokes by hosts Paul Hanson, Kelly Evert, and announcer Rich Donnelly. The Chuckanut Radio Hour's first guest was Erik Larson and has since included, Tom Robbins, Maria Semple, Christopher McDougall, Erica Bauermeister, and Garrison Keillor, among many others. Tickets for the Chuckanut Radio Hour are $5 and are available on Eventbrite.  You can listen to previously recorded programs Sundays at 7pm on KMRE 102.3 FM. You can find us on our favorite Podcast service and we also live-stream the Radio Hour on Facebook Live.    Co-sponsored by the Whatcom Community College Community and Continuing Education, 12th Street Shoes, and Westside Pizza.

The Salt Fields: A Novella (Paperback) 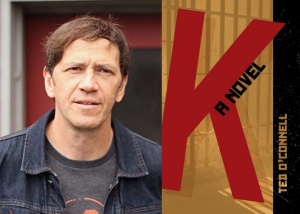