Midnight Release Party in Fairhaven for Harry Potter and the Cursed Child, Parts I & II 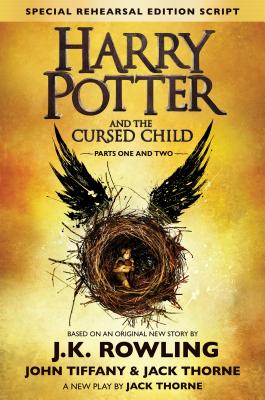 Join us for a Midnight Release Party in Fairhaven celebrating the continuation of the Harry Potter story, nineteen years later. We’ll have a costume contest, crafts, and activities. Rumor has it that Hogwarts’ own Professor Trelawney might make an appearance – and that maybe, just maybe, she’ll tell your fortune!

The evening will continue with a screening of the classic 1986 film Labyrinth (starring David Bowie) on the Village Green, as part of the Fairhaven Outdoor Cinema’s summer film series. And then, at the stroke of midnight, we’ll release Harry Potter and the Cursed Child for sale. You don’t want to miss this party!

Harry Potter and the Cursed Child, Parts I & II is the script of a play based on a new story by J.K. Rowling. It finds Harry Potter as an overworked employee at the Ministry of Magic, a husband, a father of three school-age children, and a man with a past that refuses to stay where it belongs.