Jeffrey Cook, What is Steampunk? 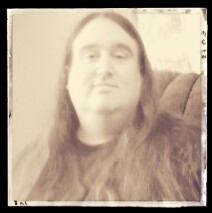 With 4 events in the Pacific Northwest, and all of its costumes, books, crafters, music, and so many other aspects, it's safe to say that steampunk has caught on in the region. But what is it? In this presentation author Jeffrey Cook will discuss the history of the genre, its roots in 1960's literature and movies, its predecessors and inspirations, and where some of the modern explosion came from. If you're lucky, he might even read a passage or two from his best-selling Dawn of Steam series.

Author Jeffrey Cook lives in Maple Valley, Washington, with his wife and large dogs. He was born in Boulder, Colorado, but has lived all over the United States. In the past, he's written sports pieces for the Bellingham Herald and RPG books for Seattle's Deep7 Press, but the Dawn of Steam series were the first of his novels. When not reading, researching, or writing, Jeffrey enjoys role-playing games and watching football.

Dawn of Steam: Gods of the Sun (Paperback)