Matt Pentz, The Sound and the Glory: How the Seattle Sounders Showed Major League Soccer How to Win Over America 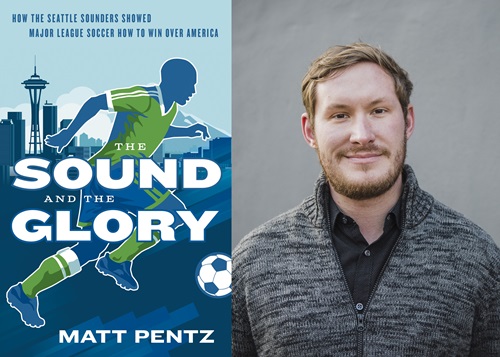 To reach the ambitious goals the club set for itself, the Seattle Sounders needed the jolt of a championship. To get there would require tumult previously unknown to a club built on stability, a clash of egos, and a title run so unlikely it could have hardly been scripted.

Matt Pentz is a Seattle-based writer whose work has appeared in the New York Times, the Guardian, and ESPN, among other publications. As an award-winning beat reporter at the Seattle Times, he covered the Sounders’ historic run to their first MLS Cup championship. This is his first book.

The Sound and the Glory: How the Seattle Sounders Showed Major League Soccer How to Win Over America (Paperback)