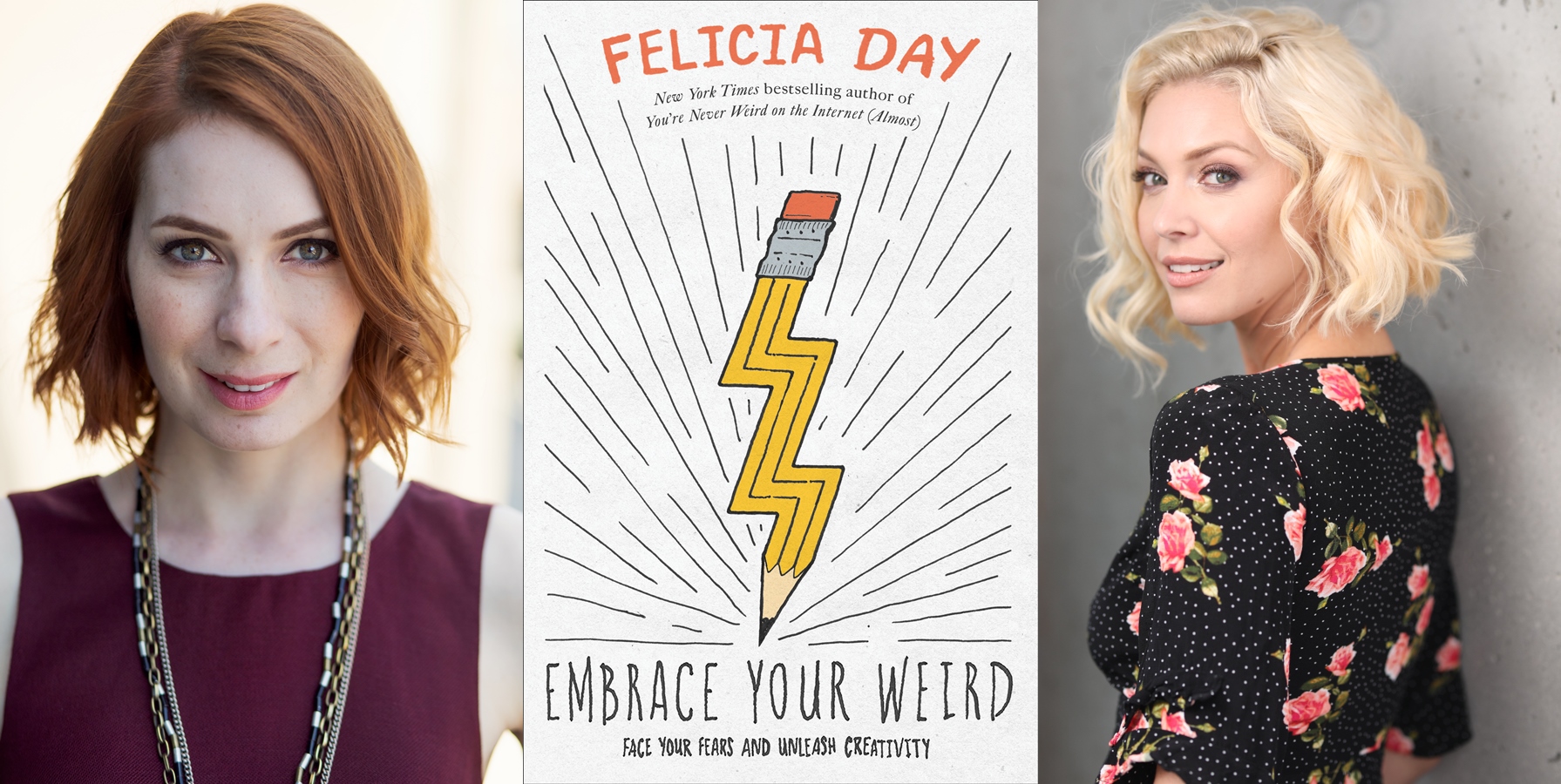 Felicia Day is the author of Embrace Your Weird: Face Your Fears and Unleash Creativity and a New York Times bestselling memoir, You're Never Weird on the Internet (Almost). She is a professional actress who has appeared in numerous television shows and films, including Supernatural, The Magicians, and Mystery Science Theatre 3000. Felicia is best known for her work in the web video world, behind and in front of the camera. She co-starred in Joss Whedon’s Internet musical Dr. Horrible’s Sing-Along Blog, which won an Emmy in 2009. She also created and starred in the seminal web series The Guild. In 2012, Felicia created a production company called Geek & Sundry that pioneered content on YouTube, Twitch and other platforms. It was sold to Legendary Entertainment in 2015. Felicia continues to work on her own creative projects as a producer, writer, and actor. Most recently, she is working as a producer with Freeform on Woman World, an animated TV show based on the award-winning graphic novel. Visit @feliciaday on Twitter and Instagram, or FeliciaDay.com.

In Embrace Your Weird, New York Times bestselling author, producer, actress, TV writer, and award-winning web series creator, Felicia Day takes you on a journey to find, rekindle, or expand your creative passions.
Including Felicia’s personal stories and hard-won wisdom, Embrace Your Weird offers:
—Entertaining and revelatory exercises that empower you to be fearless, so you can rediscover the things that bring you joy, and crack your imagination wide open
—Unique techniques to vanquish enemies of creativity like: anxiety, fear, procrastination, perfectionism, criticism, and jealousy
—Tips to cultivate a creative community
—Space to explore and get your neurons firing

Whether you enjoy writing, baking, painting, podcasting, playing music, or have yet to uncover your favorite creative outlet, Embrace Your Weird will help you unlock the power of self-expression. Get motivated. Get creative. Get weird.

Alaina Huffman is a film and television actor known for her extensive work in genre television. She played Dinah Lance/Black Canary on Smallville, as well as 1st Lt. Tamara Johansen in Stargate Universe, where she was a regular cast member. She recently played super villain Abaddon in the long running series Supernatural. And can currently be seen in Miramax’s pyschological Thriller "The Perfection” currently on Netflix’s new release list where she stars alongside Alison Williams and Logan Browning. Huffman has just been added to the CW series The 100 for its 7th and final season!

Embrace Your Weird: Face Your Fears and Unleash Creativity (Paperback)

You're Never Weird on the Internet (Almost): A Memoir (Paperback)