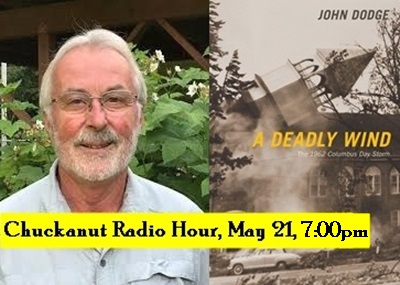 The Columbus Day Storm of 1962 was a freak of nature, a weather outlier with deadly winds topping 100 miles per hour. The storm killed dozens, injured hundreds, damaged more than 50,000 homes, and leveled enough timber to build one million homes. To find an equally ferocious storm of its kind, fast-forward 50 years and cross the continent to Superstorm Sandy’s 2012 attack on the East Coast. While Superstorm Sandy was predicted days in advance, the Columbus Day Storm caught ill-equipped weather forecasters by surprise.

This unrivalled West Coast windstorm fueled the Asian log export market, helped give birth to the Oregon wine industry, and influenced the 1962 World Series. It remains a cautionary tale and the Pacific Northwest benchmark for severe windstorms in this era of climate change and weather uncertainty. From its genesis in the Marshall Islands to its final hours on Vancouver Island, British Columbia, the storm plowed an unparalleled path of destruction. In A Deadly Wind, veteran journalist John Dodge tells a compelling story spiced with human drama, Cold War tension, and Pacific Northwest history. This is a must-read for the tens of thousands of storm survivors, for history buffs, and for anyone interested in the intersection of severe weather events and climate change.

John Dodge was a columnist, editorial page writer, and investigative reporter for the Olympian before retiring in 2015 after an award-winning career spanning 40 years. Dodge is a veteran of natural disaster reporting, including the 1980 eruption of Mount St. Helens, the 1989 Bay Area earthquake, the 2001 Nisqually earthquake, and numerous damaging windstorms and floods. He experienced the Columbus Day Storm as a young teenager and wrote about the storm at its 25th, 40th, and 50th anniversaries. He lives in Olympia, Washington, with his wife, Barbara Digman.

Our musical guest will The McHughs. Doors open at 6:30pm!

The Chuckanut Radio Hour, a recipient of Bellingham's prestigious Mayor's Arts Award, is a radio variety show that began in January 2007. Each Chuckanut Radio Hour includes guest authors, musicians, performance poet Kevin Murphy, and episodes of "As the Ham Turns" serial radio comedy, not to mention groaner jokes by hosts Paul Hanson, Kelly Evert, and announcer Rich Donnelly. The Chuckanut Radio Hour's first guest was Erik Larson and has since included Alexander McCall Smith, Elizabeth George, Cheryl Strayed, Tom Robbins and Garrison Keillor, among many others. Tickets for the Chuckanut Radio Hour are $5 and are available at Village Books and BrownPaperTickets.com. Receive a free ticket with purchase of A Deadly Wind. The Radio Hour airs every Thursday at 9pm, Saturday mornings at 7am and Saturday evenings at 5pm KMRE 102.3FM.  Co-sponsored by the Whatcom Community College Community and Continuing Education, 12th Street Shoes, and Westside Pizza. 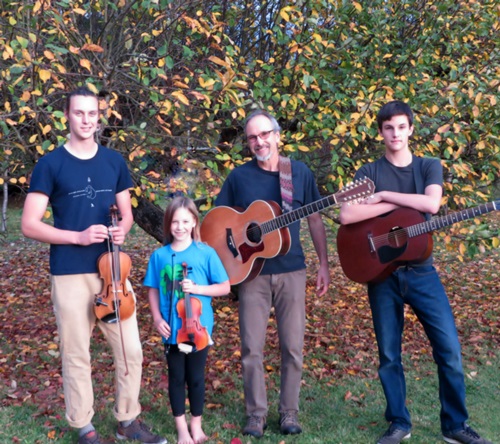