Village Books is thrilled to partner with our friends at the Bellingham Public Library to welcome Lauren Tarshis, author of the bestselling I Survived series! She will present her latest instalment in the series about the Wellington Avalanche that occurred right here in Washington. She will be joined by local historian Martin Burwash!
The Wellington snow slide of 1910 was—and still is—the deadliest avalanche in America’s history. Lauren Tarshis's story of one child surviving the frozen nightmare pounds with page-turning action and heartwarming hope.
The snow came down faster than train crews could clear the tracks, piling up in drifts 20 feet high. At the Wellington train depot in the Cascade Mountains, two trains sat stranded, blocked in by snow slides to the east and west. Some passengers braved the storm to hike off the mountain, but many had no choice but to wait out the storm.
But the storm didn’t stop. One day passed, then two, three . . . six days. The snow turned to rain. Then, just after midnight on March 1, a lightning storm struck the mountain, sending a ten-foot-high wave of snow barreling down the mountain. The trains tumbled 150 feet. 96 people were dead.
The Wellington avalanche forever changed railroad engineering. New York Times bestselling author Lauren Tarshis tells the tale of one girl who survived, emerging from the snow forever changed herself.
Lauren Tarshis’s New York Times bestselling I Survived series tells stories of young people and their resilience and strength in the midst of unimaginable disasters and times of turmoil. Lauren has brought her signature warmth and exhaustive research to topics such as the battle of D-Day, the American Revolution, Hurricane Katrina, the bombing of Pearl Harbor, and other world events. She lives in Connecticut with her family, and can be found online at laurentarshis.com.
Martin Burwash is a train enthusiast. At an early age he became interested in mountain railroading and specifically railroading across Stevens Pass in his native Washington State. Out of the many trips he took photographing trains in the Cascades came the infatuation with the Wellington disaster.
Burwash has authored three books on the subject of Washington Cascade railroading, namely Vis Major, Railroad Men, an Act of God, white Death at Wellington, an historical novel that tells the story of the Wellington slide through the eyes of the railroad men battling to open the line.
A lifelong farmer, Burwash lives with his wife Janice in Burlington, Washington. They have two sons and five grandchildren.
This is a free event and space is limited. No registration required. 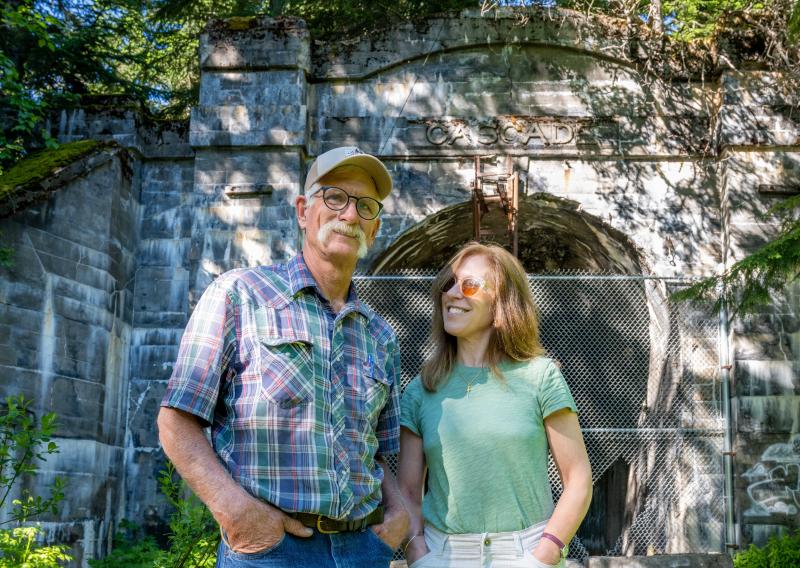 I Survived the Wellington Avalanche, 1910 (I Survived #22) (Paperback)

I Survived the California Wildfires, 2018 (I Survived #20) (Paperback)

I Survived the American Revolution, 1776 (Paperback)

I Survived the Destruction of Pompeii, AD 79 (I Survived #10) (Paperback)

I Survived the San Francisco Earthquake, 1906 (I Survived #5) (Paperback)