This feature require that you enable JavaScript in your browser.
END_OF_DOCUMENT_TOKEN_TO_BE_REPLACED

Virtual Event with Lee van der Voo in Conversation with Rebecca Clarren, As the World Burns 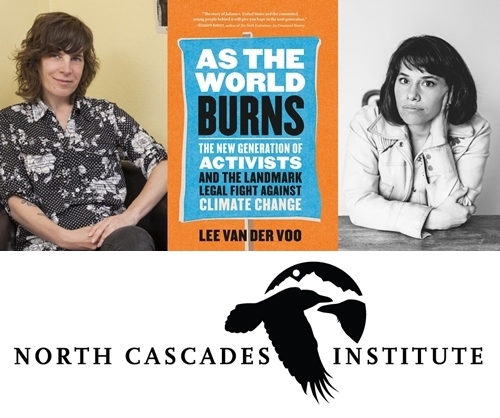 Join us for an event that will address climate change and what a group of activists are doing to make change.

When 21 youth activists filed Juliana v. United States, they asserted that the government’s continued negligence of the environment constituted a violation of their rights to life, liberty, and property. In As the World Burns, Lee van der Voo follows the still-evolving legal case as she tells the plaintiffs’ stories, all against the backdrop of the current climate-related crises and the mass protests happening and around the world. Granted unparalleled access to the plaintiffs and their legal team, van der Voo reveals the human side of the climate crisis, the dire effects of decades of inaction, and the reasons why tackling our environmental issues in the courts is possibly our last real hope for meaningful intervention.

Lee van der Voo is an award-winning investigative and environmental journalist whose work has appeared in the New York Times, The Atlantic, and The Guardian, among others. Her 2016 book The Fish Market, which chronicles the gentrification of the sea in the name of sustainable seafood, won an Oregon Book Award for General Nonfiction.

Award-winning journalist Rebecca Clarren has been writing about the rural West for more than twenty years. Her journalism, for which she has won the Hillman Prize, an Alicia Patterson Foundation Fellowship, and nine grants from the Fund for Investigative Journalism, has appeared in such publications as MotherJones, High Country News, The Nation, and Salon.com. Her debut novel, Kickdown (Sky Horse Press, 2018), was shortlisted for the PEN/Bellwether Prize.

As the World Burns: The New Generation of Activists and the Landmark Legal Fight Against Climate Change (Hardcover)

The Fish Market: Inside the Big-Money Battle for the Ocean and Your Dinner Plate (Hardcover)