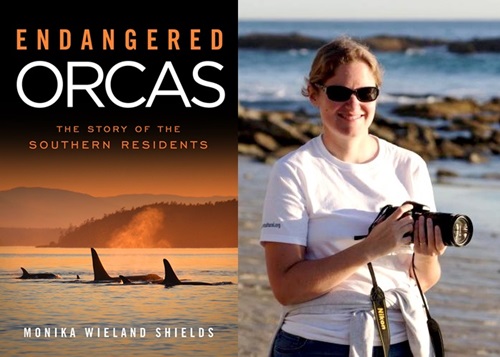 The Southern Resident killer whales are icons of the Pacific Northwest, a beloved population of orcas that are considered the most-watched whales in the world. Despite decades of research and focused conservation efforts, they are on the brink of extinction. From the capture era and the beginning of killer whale research to the whale-watching boom and endangered listing, the whole story of the Southern Residents is told here. Our relationship to these whales, complicated by both the positive attachments and negative politics we have created around them, has changed dramatically over the last 50 years. With more challenges on the horizon, one question looms: can we still create a sustainable future for humans and orcas in the Salish Sea?

Monika Wieland Shields is the cofounder and president of the non-profit Orca Behavior Institute, which conducts non-invasive behavioral and acoustic research on the orcas of the Salish Sea. She has been studying, photographing, and sharing stories about the Southern Resident killer whales since 2000. She lives on San Juan Island, Washington.

Endangered Orcas: The Story of the Southern Residents (Paperback)