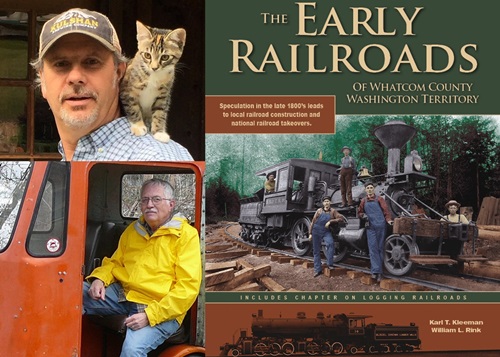 Join us in the Readings Gallery for this presentation of local railroad history by two of our favorite historians.

William Rink is a member of the Great Northern Historical Society and is a founding member of the Bellingham Railway Museum. Rink served on the Board of Directors and as Vice President from 2003 to 2011.