Outdoor Book Signing! Rosa Martha Zárate Macías, Our Grandfathers Were Braceros And We Too... 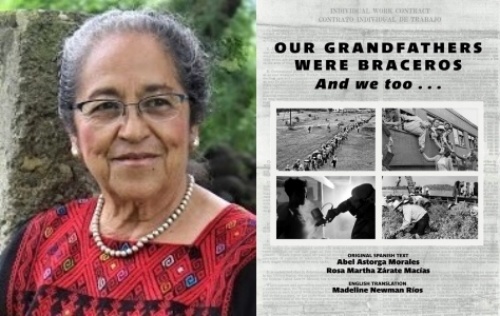 Village Books is pleased to partner with Community to Community Development in bringing Rosa Martha Zárate Macías for an outdoor book-signing in celebration of the bi-lingual publication of Our Grandfathers Were Braceros and We Too...

Our Grandfathers Were Braceros and We Too... is a historical and living testimonial to the laborers who left their homes in Mexico during WWII to do their part in the war effort and with the hope of a better life for their families. Besides the facts of their struggle that still continues, the book is filled with testimonials from the dwindling number of survivors of that time. Thousands of braceros, literally men working with their arms, formed an organization named, Alianza de Ex Braceros del Norte 1942-1964 (Alliance of Ex Braceros in the North 1942-1964), to persist in seeking the compensation they were denied by both the U.S. and Mexico as well as the recognition by both countries of the sacrifices they made.
Thousands died when, after being recruited, they were left to fend for themselves at recruiting stations with no food, water, shelter, or medical care available. Buried in mass graves, their bodies were often cremated in the holes other men dug. Those who were deemed fit endured demeaning medical exams and then were detoxified with DDT spray, before being shipped to U.S. farms. Under terms of the Bracero Program, 10 percent of the workers’ wages were withheld and deposited in bank accounts and eventually were to be redeemed in Mexico. For a variety of reasons, thousands of the braceros who either returned to Mexico or remained in the U.S. failed to claim their proceeds. Both the U.S. and Mexico have reneged on the promises of the Bracero legislation.
Five years ago, the braceros living in the US and Alianza members launched the Mis Abuelos Fueron Braceros y Nosotros También Project to help organize activities based on their claims, which have included seeking interventions through the U.S. House of Representatives, agencies of the United Nations and other international human rights groups, and public awareness.

Father José Alejandro Solalinde Guerra, a well-known Mexican advocate for migrant rights, says the book “is an excellent work of tremendous relevancy for our times, given its focus on the issue of migration and, above all, for keeping the struggle alive against the violations of labor and human rights seen in temporary worker programs.”

The authors have pledged to donate their proceeds from the sale of books to support the legal defense of the Alianza’s members.

Rosa Martha Zárate Macías has been the coordinator of the Alliance of Ex Braceros of the North 1942-1964 since 2007. Born in Guadalajara, Jalisco, Mexico, she has resided in California since 1966, working in community development projects in Mexico and the U.S. and is founder of the Librería del Pueblo, A.C.

The translator of the Spanish text into English is Madeline Newman Ríos, M.A, a certified freelance interpreter and translator. She is the former director of the Guatemalan Education Action Project and editor of its Guatemala Review publications.

Community to Community Development (C2C) is a women-led grassroots organization dedicated to food sovereignty and immigrant rights. C2C is located on Turtle Island on the lands of the Coast Salish people, specifically Lummi Nation.

Our Grandfathers Were Braceros And We Too... (Paperback) 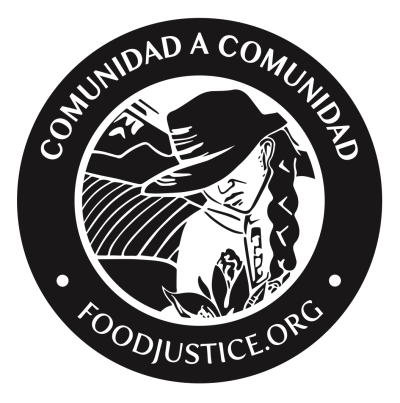