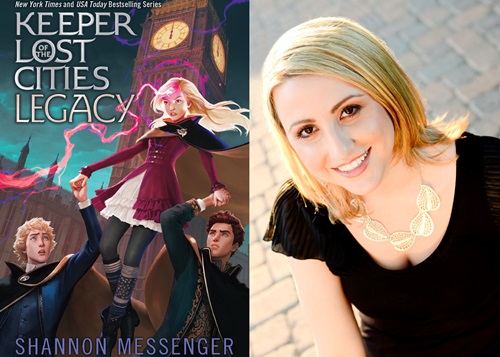 THIS SHOW IS SOLD OUT BUT VILLAGE BOOKS WILL HAVE SIGNED COPIES AFTER THE EVENT, IN-STORE, WHILE SUPPLIES LAST!

She’ll present the eighth installment in her award winning, New York Times and USA Today bestselling series: Keeper of the Lost Cities. Legacy follows Sophie, a girl who discovers she’s from another world that exists side by side with ours—and one that has given her amazing abilities. With over one million books in print, this magical, blockbuster series continues to grow with each book, thanks to its diehard fan base!

Following on the heels of a huge cliffhanger at the end of Flashback, Legacy will bring Sophie and her friends to new revelations and new battles unlike anything they’ve faced before! Sophie Foster wants answers. But after a lifetime of lies, sometimes the truth is the most dangerous discovery. Even the smallest secret comes with terrifying new responsibilities.

Every clue drags them deeper into the conspiracy. Every memory forces them to question everything—especially one another. And the harder they fight, the more the lines blur between friend and enemy.

With a special first edition printing that includes an exclusive extra scene from Tam’s point of view as well as beautiful illustrated endpapers from Shannon Messenger, Legacy delivers some critical information that will drive fans into a frenzy!

Shannon Messenger graduated from the USC School of Cinematic Arts where she learned—among other things—that she liked watching movies much better than making them. She’s studied art, screenwriting, and film production, but realized her real passion was writing stories for children. She’s the New York Times and USA Today bestselling author of the award-winning middle grade series, Keeper of the Lost Cities, as well as the Sky Fall series for young adults. Her books have been featured on multiple state reading lists, published in numerous countries, and translated into many different languages. She lives in Southern California with an embarrassing number of cats.

Tickets are $25 and include 2 seats and a copy of Legacy! Tickets are available at Village Books in Fairhaven and on Eventbrite (taxes and service fees apply).

Doors open at 3pm and seating is general admission. This event is likely to sell out so please get there by 3:30 to get seats together. Doors close promptly at 4pm!

Keeper of the Lost Cities (Paperback) 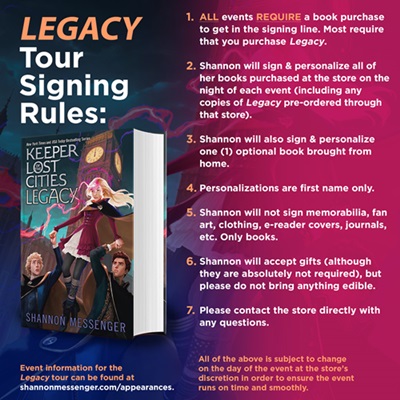