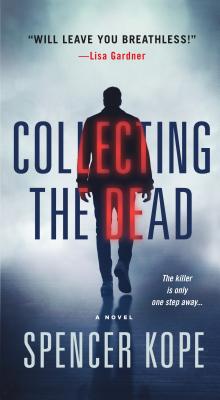 Magnus “Steps” Craig is part of an elite three-man Special Tracking Unit of the FBI, charged with finding the lost or abducted and bringing them home. Dubbed “The Human Bloodhound,” Steps is renowned for his incredible ability to find and follow trails over any surface. He has a special skill—known only to his partner—that has enabled his team to stop seventeen serial killers over the past five years. But now there’s a new monster at-large, and the bodies are piling up.

When the remains of one young woman are found, Steps recognizes the “signature” from another crime scene: the mark of a sad face. Meanwhile, a serial killer that Steps has been trying to track for over ten years, code name “Leonardo,” is back in play—and on Steps’s trail. Just as the investigation seems to be closing in on Leonardo, the hunt for Sad Face heats up. Now, it’s up to Steps to outrun and outwit one of the most twisted serial killers he’s ever encountered. . .as time ticks away on the lives of the victims. Will this be another one of Steps’s miraculously-solved cases—or his last?