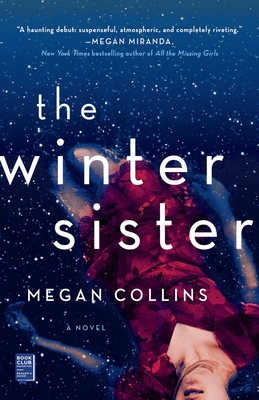 The Winter Sister by Megan Collins

Sixteen years ago, Sylvie’s sister, Persephone, never came home. Out late with the boyfriend she was forbidden to see, Persephone was missing for three days before her body was found—and years later, her murder is still unsolved.

In the present day, Sylvie returns home to care for her estranged mother, Annie, as she undergoes treatment for cancer. Prone to unexplained “Dark Days” even before Persephone’s death, Annie’s once-close bond with Sylvie dissolved in the weeks after their loss, making for an uncomfortable reunion all these years later. Adding to the discomfort, Persephone’s former boyfriend is now a nurse at the cancer center where Annie is being treated. Sylvie has always believed Ben was responsible for the murder—but she carries her own guilt about that night, guilt that traps her in the past while the world goes on around her.

As she navigates the complicated relationship with her mother, Sylvie begins to uncover the secrets that fill their house—and what really happened the night Persephone died.

The Winter Sister is a “bewitching” (Kirkus Reviews) portrayal of the complex bond between sisters, between mothers and daughters alike, and “will captivate you from suspenseful start to surprising finish” (Kathleen Barber, author of Are You Sleeping).

The Winter Sister: A Novel (Paperback)