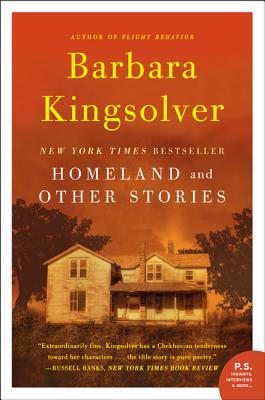 Homeland: And Other Stories by Barbara Kingsolver

With the same wit and sensitivity that have come to characterize her highly praised and beloved novels, Barbara Kingsolver gives us a rich and emotionally resonant collection of twelve stories. Spreading her memorable characters over landscapes ranging from Northern California to the hills of eastern Kentucky and the Caribbean island of St. Lucia, Kingsolver tells stories of hope, momentary joy, and powerful endurance. In every setting, Kingsolver's distinctive voice— at times comic, but often heartrending—rings true as she explores the twin themes of family ties and the life choices one must ultimately make alone.

Homeland: And Other Stories (Paperback)