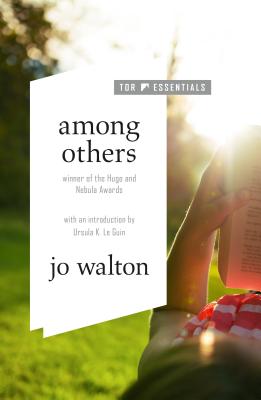 Among Others by Jo Walton

Raised by a half-mad mother who dabbled in magic, Morwenna Phelps found refuge in two worlds. As a child growing up in Wales, she played among the spirits who made their homes in industrial ruins, but her mind found freedom in the science-fiction novels that were her closest companions. When her mother tried to bend the spirits to dark ends, Mori was forced to confront her in a magical battle that left her crippled – and her twin sister dead.

Now, having fled to a father she barely knew, Mori is sent to boarding school in England—a place all but devoid of true magic. There, she tempts fate by doing magic herself, in an attempt to find a circle of like-minded friends. But her magic attracts the attention of her broken and malign mother, pulling Morwenna toward a reckoning that will draw on everything she has learned in her years of engagement with stories and books.

Among Others: A Novel (Paperback)