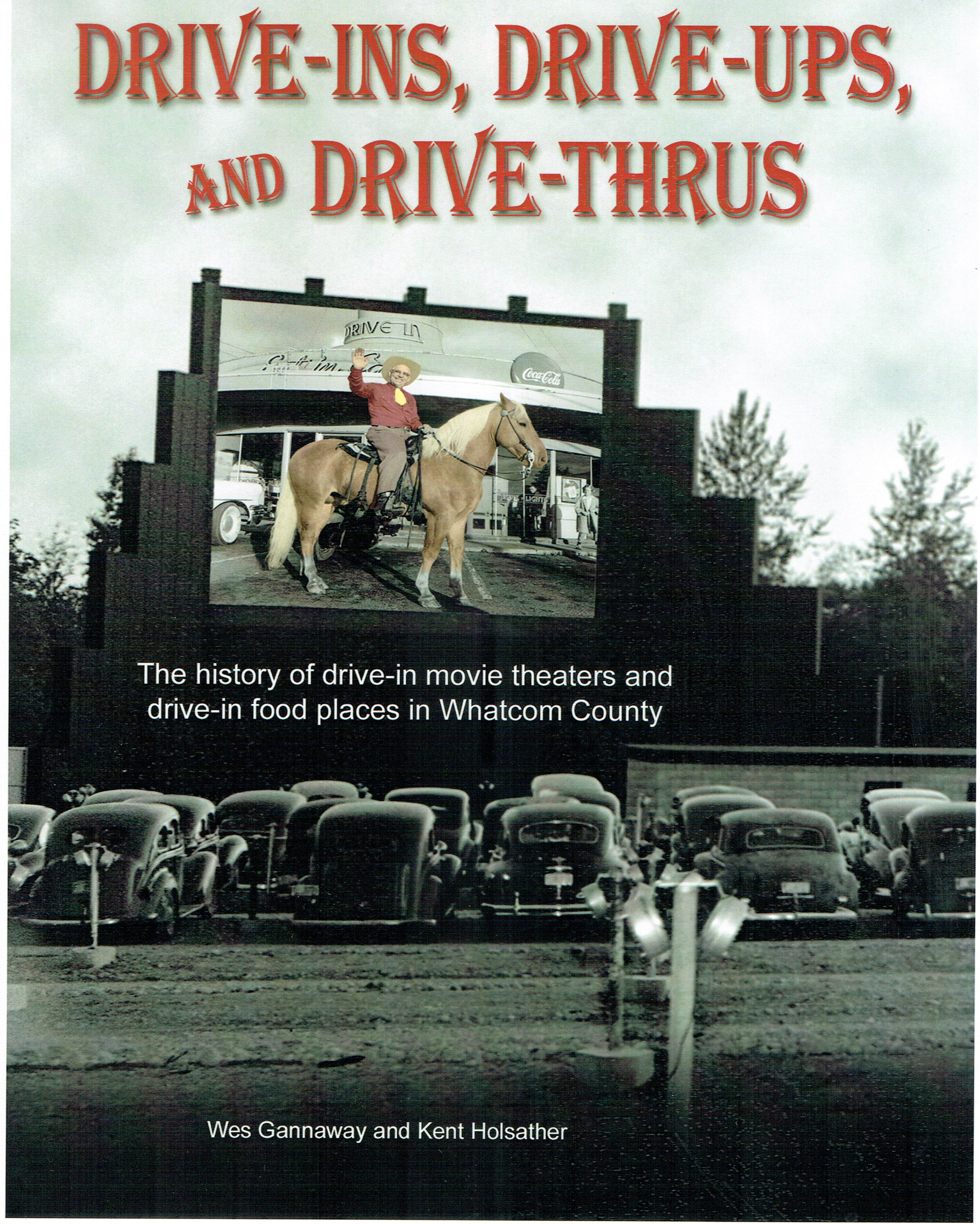 Drive-Ins, Drive-Ups, and Drive-Thrus:The History of Drive-In Movie Theaters and Drive-In Food Places in Whatcom County, is a new book by local authors Wes Gannaway and Kent Holsather. It was written to help people remember days gone by, when drive-ins were the gastronomical and social hot-spot of every community in Whatcom County. More than 50 drive-in, drive-up, and drive-through restaurants are described in some detail. The big name places included are Mastin's, The Shack, Bunks, Boomers, and The Freezer. Take a ride in the old jalopy along the route from Mastin's to Morrie's, from the Red Top to Waldo's. Stop for a "Fudgie-Wudgie" or a "Double Dutch Deluxe" on the way to the drive-in theater to watch Annette Funicello at the beach, or Vincent Price scare someone on one of the four screens in Whatcom County. This book is full of memories of the "good old days."

Wes Gannaway has been involved with local history since the mid-1980s. Although Wes isn't a native of Whatcom County, his roots go back to the early Oregon Territory years. Wes retired from a 39 year career at the Arco/BP refinery. Wes is heavily involved with the Whatcom County Historical Society and the restoration of the 153-year-old brick Whatcom County Courthouse on E Street in Bellingham. He currently serves as the president of the Historical Society. Wes and his wife Deborah also travel to old mining camps throughout the Western US looking for rare minerals and the elusive gold, researching the local and regional history, and writing books with Kent Holsather.

Kent Holsather has been a life-long resident of Whatcom County. His interest in history with an emphasis on local subjects has inspired him to collaborate with fellow writer, Wes Gannaway on several published works with local themes. He has also written two historical fiction novels incorporating local and regional settings.

With four publications residing in the Library of Congress, Kent and Wes plan to continue to present local history in a fun and informative way with an aim to instill a sense of pride and place for all to enjoy.