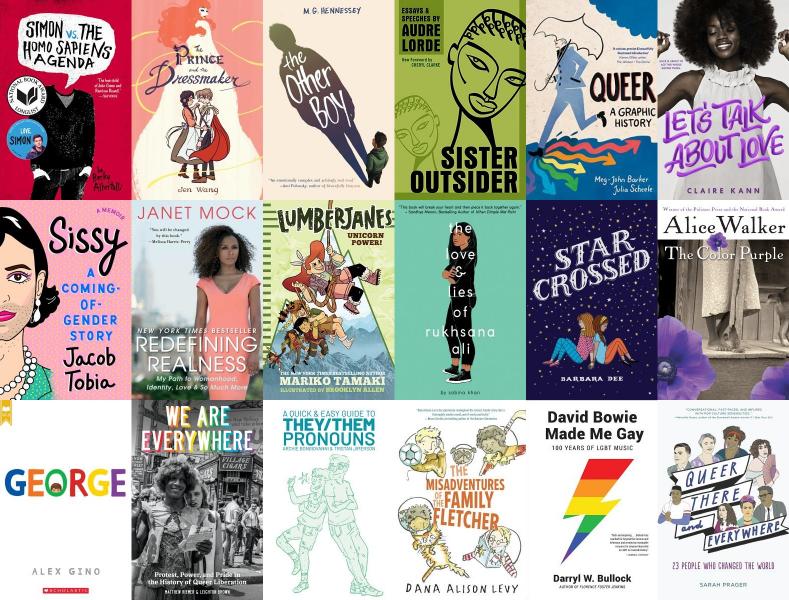 This June marks the 50th anniversary of the Stonewall Riots. For those who don’t know, Stonewall was a series of violent confrontations that began in the early morning of June 28, 1969, between police and gay rights activists outside the Stonewall Inn, a gay bar in New York City. The Stonewall riots were a tipping point for the Gay Liberation Movement in the United States and sparked the beginning of Pride Parades. Whole books are dedicated to Stonewall - the happenings and repercussions over time. I urge you to check out some of the books mentioned below about Stonewall and LGBTQ+ history. My reason for writing this is not to go over history, but to emphasize the meaning of pride month, 50 years after the riots that energized a movement.

Often Pride Month is seen as just rainbows and sparkles and the parades. But that’s only scratching the surface. It’s what those things MEAN that makes Pride Month. It’s about remembering history and hope; about showing others what members of the LGBTQ+ community look like (which is both a lot like and nothing like everyone else at the same time). June is a month to remember how far we have come and to recognize the journey we still have left to travel. It’s about embracing and supporting the pride in ourselves and in our community, which differs from person to person.

I say “we” and “our” for it is my community too. This year I get to attend my first Pride Parade with friends by my side. It’s a moment to be visible, even amidst crowds of others. I’m excited and nervous, being ME in front of strangers. But this isn’t everyone’s version of showing pride. Pride Month can be donning a rainbow cape and showing off the beauty that is the LGBTQ+ community. Or maybe it’s more reflective and focused on oneself. There isn’t one way to look at Pride Month; everyone has a different opinion and experience with it. Maybe it is rainbows and sparkles and parades, but it's also so much more.

So I challenge you. Immerse yourself in LGBTQ+ media. Read one LGBTQ+ book this month; support LGBTQ+ authors and stories of queer characters. Find music, art, and films. Visit Village Books and Paper Dreams and show support with some flags and pins (we just got some iconic queer pins from The Found that are FABULOUS). But mostly, take this time to learn about LGBTQ+ people. Whether you are part of the community or not, we can all learn more.

Below are just SOME recommendations of the many many books we recommend:

Julián is a Mermaid by Jessica Love
Maiden and Princess by Daniel Haack and Isabel Galupo
Prince and Knight by Daniel Haack
Stonewall: A Building. An Uprising. A Revolution. by Rob Sanders

George by Alex Gino
Lumberjanes by Noelle Stevenson
Misadventure of the Family Fletcher by Dana Alison Levy
Star Crossed by Barbara Dee
The Other Boy by M. G. Hennessey

Sissy by Jacob Tobia
Sister Outsider by Audre Lorde
Redefining Realness by Janet Mock
David Bowie Made Me Gay by Darryl W. Bullock
Tales of the Lavender Menace: A Memoir of Liberation by Karla Jay

Queer: A Graphic History by Meg-John Barker
We Are Everywhere by Matthew Riemer and Leighton Brown
Queer, There, and Everywhere by Sarah Prager
Quick & Easy Guide To They Them Pronouns by Archiea Bongiovanni
Stonewall by Martin Duberman

This feature require that you enable JavaScript in your browser.
END_OF_DOCUMENT_TOKEN_TO_BE_REPLACED

END_OF_DOCUMENT_TOKEN_TO_BE_REPLACED

This feature require that you enable JavaScript in your browser.
END_OF_DOCUMENT_TOKEN_TO_BE_REPLACED